By AMY FONTINELLE
Zillow is one of the most popular real estate databases online. Founded in 2006 by former Microsoft executives Rich Barton and Lloyd Frink, Seattle-based Zillow lists information about millions of homes for sale and rent across the United States and Canada.1 Users can search for a home in a particular area using different criteria including—but not limited to—prices, number of bedrooms and bathrooms, square footage, type of home, and other amenities.
One of Zillow’s key features is its Zestimates, a popular consumer tool for seeing how much homes are worth. These estimates are based on information from sources such as comparable sales and public data. Launched in 2011 with information about 90 million homes, Zestimates has expanded its reach, providing users with data about more than 100 million homes across the United States.23
Weather you're looking to see how much your home’s value has changed, if your home’s appraised value is high enough to let you refinance, or curious about how much your coworker spent on his new house, Zestimates offers users a starting point in home valuation.

But there are several reasons these numbers may not be as accurate as you’d like them to be.

Zillow’s unique algorithms update its collection of property values three times a week, based on information from both public data and user-submitted data. According to Zillow, most Zestimates are "within 10 percent of the selling price of the home.”4 But Zestimates are only as accurate as the data behind them, so if the number of bedrooms or bathrooms in a home, its square footage, or its lot size are inaccurate on Zillow, the Zestimate will be off.

Users can correct these mistakes. However, Zillow cautions that updating a property’s details won’t result in an immediate change in the home’s Zestimate, and sometimes won’t result in any change at all. For example, having a fourth bathroom may not necessarily do much for home values in your town. So, inputting this information may not have any effect at all.5

Along with accepting user-submitted data, Zillow deals with problems of inaccuracy by reporting estimated value ranges for individual properties. The smaller the range, the more reliable the Zestimate because it means Zillow has more data available on that property. Looking at the high and low end of the range will give you a better sense of what a home is worth.6

Zillow calls its Zestimates a starting point to determine home values, so users should not consider them to be appraisals in any way.7

Zillow factors the date and price of the last sale into its estimate. In some areas, this information makes up a big part of that figure. But if this information is inaccurate, it can throw off the Zestimate. And since comparable sales also affect a home’s Zestimate, a mistake in one home’s sales price record may affect the Zestimates of other homes in the area.8

The Zestimate also takes into account actual property taxes paid, exceptions to tax assessments, and other publicly available property tax data. Tax assessor’s property values can be inaccurate, though. The tax assessor’s database might have a mistake related to a property’s basic information, causing the assessed value to be too high or too low.9

Where are the Upgrades?

Sometimes a homeowner makes improvements or upgrades to a property, which should increase the value of the home. But, Zillow may not necessarily be aware of these factors. That is, unless the local property tax assessor has that information. If a homeowner takes out a permit from the city to make any upgrades, that information may be passed along to the property tax authorities and entered into the public record. Zillow can only update its listings when this information is available.

For example, if you add a permitted fifth bedroom to your home and the property tax assessor deems the upgrade increases your home’s value, that information would likely find its way into your home’s Zestimate at some point. But if your home has a brand-new designer kitchen that didn’t require any major permits, yet your neighbor’s home has its original 1975 kitchen, Zillow will value both homes similarly even though your home may fetch a higher sale price.

Upgrades aren’t always as valuable as you think, though. It depends a lot on local housing market conditions and what projects you’ve done. So just because your home’s value on Zillow hasn’t changed since you added that bedroom or remodeled your kitchen, don’t assume you can tack on an extra $30,000 to the Zestimate. Conversely, if Zillow says your home is worth $300,000 but you know you haven’t updated it as much as similar homes in your neighborhood, it may sell for less or take longer to find an interested buyer.

The more home sales there are in your area, the more data Zillow has about how much buyers think those homes are worth. This makes Zestimates more accurate. So if you live in a hot market in the San Francisco Bay Area, your Zestimate might be more accurate than if you live in a rural town where people stay in their homes for decades and sales are rare.

Zillow updates its algorithm as it comes up with more ways to improve its accuracy. When this happens, Zestimates can change significantly even though nothing has changed about those homes or the real estate market.

In January 2019, Zillow announced it awarded a $1 million contract to a team of data scientists and engineers to help improve the accuracy of the site's Zestimates. The team leveraged different factors affecting a home's value including public data, commute times, road noise, and other information to factor into its algorithm. Zillow estimated the nationwide error rate would drop below 4%.10

The company was the subject of a class-action lawsuit, filed in 2017 by Chicago homeowners who claimed it misled homebuyers by providing them with very low figures. The plaintiffs also stated most users treated Zestimates like appraisals. According to a report by MarketWatch, Zillow, said the lawsuit had no merit, denying that its Zestimates were appraisals.11 Instead, it called them a reference point where users can start their search for home values.

Zillow isn’t trying to hide the imperfections of its Zestimates from consumers, and you can’t expect perfectly accurate estimates from competing sites, either. The point is for homeowners to use prices from Zestimates as a broad guideline, and contrast these figures against other sources. It should not, in any way, be considered an appraisal. A comparable market analysis from a local real estate agent and a professional appraisal of the home are the best ways to learn its value.

Even these tools are imperfect: Sometimes there are no recent sales of similar homes, and appraisers—who are only human—may be somewhat subjective in their assessments. In the end, there is no way to get a perfect assessment of a home’s value, but there are just guidelines we have available to follow when buying, selling, applying for a loan, and when we need to know a home’s value.

How to Streamline Real Estate Investing

You’ve found the perfect real estate property to invest in, so don’t be slowed down by the typical lending process. At Better, you can receive an instant loan estimate in just seconds. And with our simple, 100% online process, you’ll know exactly where you stand when securing your loan. So take the plunge in your real estate investing journey, and get started with Better today.
Investopida (2019) 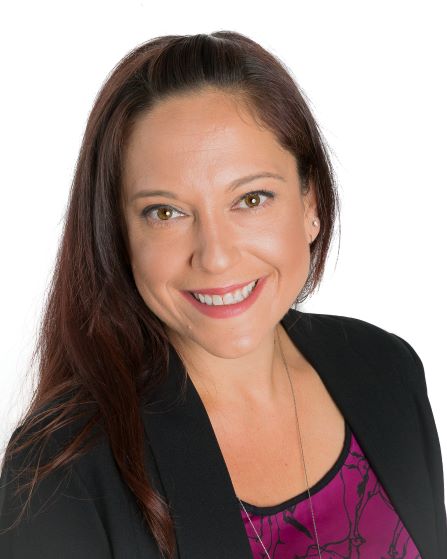 Let's get past all the great accolades and awards and who I am and let's answer questions you really want to know! Will you return my calls and emails? Yes. Without question. I realize this is one of ....

Zillow Estimates: Not As Accurate As You ThinkBy AMY FONTINELLEZillow is one of the most popular real estate databases online. Founded in 2006 by former Microsoft executives Rich Barton and

Current Market Outlook for MAy 2020

By registering, you agree to our terms of use and that real estate professionals and lenders may call/text you about your inquiry, which may involve use of automated means and prerecorded/artificial voices. You don't need to consent as a condition of buying any property, goods or services. Messages/data rates may apply.